Parallel Developments In Civil And Military Drone Technologychallenges And Opportunities

Parallel Developments In Civil And Military Drone Technologychallenges And Opportunities 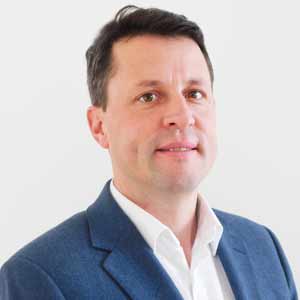 We like to think that drones, or unmanned air vehicles (UAVs), are a modern phenomenon but the reality is they predate manned flight–by a millennium or two!Kites were the first drone: flown in the air, unmanned, and controlled from the ground.Theearliest evidence is from a cave painting in 9000BC in Indonesia.In common with most of man’s innovations, their use in military applications quickly followed their invention.Chinese general Han Xin (231BC-196BC) is said to have flown a kite above a besieged town to calculate the distance his army would have to tunnel to get under a city wall. And, just like today’s UAVs, kites were used for carrying weapons, communications,and reconnaissance, as late as the Second World War.

Today we typically define a UAVor drone as a vehicle that is capable of the full flight envelope including directed flight to achieve a mission and intact landing for reuse.The development of large UAVs has been led by the military, with use cases ranging from target practiceearly on to reconnaissance, weapon carrying, and refuelling. Whilst civilian drones used to just be remote-controlled model aircraft, advances in battery technology, flight control computers, and connectivity have enabled an explosion in the use of drones–and with it an exponential increase in the number of uses and in the speed at which technology is advancing.The pace of development in both the civilian and military spheres makes it an exciting time full of opportunities to learn from one another. Here are just a few interesting areas of note:

1.DEFENCE HAS DEMONSTRATEDHIGHLY COMPLEX APPLICATIONS Whilst the civil industry has long focussed on using small drones for little more than taking pictures; the defence industry has been deploying drones on long and complex missions. Theirfocus on the mission, and then building a system to achieve that mission, has led to everything from the Zephyr–which can stay aloft for months continuously–to Predator, which has an endurance of 40 hoursand can deploy air to surface weapons.Whilst defence has the ongoing goal to reduce human involvement, the safety issues and human limitations have not been as significant in civilian use cases. However, technological advances now mean that removing the human from the aircraft can significantlyimprove safety, cost,and reliability in these use cases.Of note, the deployment of UAVs to assist coastguards, firefighting, and the transportation of packages is increasing significantly.

2.DEFENCE HAS GREATER EXPERIENCE OF THE WHOLE SYSTEM The civil industry has focussed on the vehicle and not the system, whereas the defence industry has built systems around each vehicle, with ground control stations, satcoms , and support facilities.However, the civilian space is rapidly changing, and both industries can learn from each other here.The civilian systems need to be integrated to allow controlled access to all within a regulated framework for traffic management (known as unmanned traffic management, UTM) and regulations for vehicle development and operation.The defence industry has experience of drone operation and control, which the civil industry can learn from.Equally though,

3.CIVILIAN DRONES AND THEIR MATURE SUSTAINABLE PROPULSIONSYSTEMS The explosion in the use of civilian drones is driven just as much by the simplicity of battery-electric powerplants as it is by the advances in digital technology.This has led us to the cusp of having large, passengeror freight-carrying zeroemission drones.It is no longer the case that the military can avoid the sustainability question; it is a challenge for all areas to reduce their carbon footprint to achieve Net Zero.The defence industry has much to learn from the civil industry on the art of the possible, and that is partly the reason why the US Air Force has recently commenced the Agility Prime competition to identify potential electric, vertical take-off aircraft for military use.civilian systems will have an element of open architecture, which defence would benefit from as more unmanned and autonomous systems join the fleet.

4.CIVILIAN DRONES AREBECOMING A SECURITY THREAT Just as it was in the days of the Han dynasty, so today, any innovative technology can be weaponised.This is certainly true of drones, with commercially available drones modified by insurgent groups to carry bombs and by campaign groups to pose a danger to commercial aviation at airports.The increasing sophistication and capability of the commercial drones make them harder to intercept, and with growing autonomy, it is possible to program a drone to carry out a mission with no signals that can be intercepted.Further, as civilian drones increase in size and become capable of carrying passengers, the drones can become a target that must be protected too.This creates a conundrum; how do you ensure a large drone is protected from malicious attack, whilst also ensuring that a large drone being used in a malicious way can be neutralised?

It’s clear that a collaborative approach between the civilian and defence industries is the best way for the opportunities to be maximised and the challenges to be mitigated.Combining budgets can lead to joint development in unclassified areas, particularly in less sensitive applications such as logistics and transportation.However, there is a sting in the tail to be wary of.Whilst the use of drones by the military for passive roles is accepted, their high-profile use in offensive missions gives them a sinister, ‘big brother’ feel–so much so that a ‘drones for good’ movement has been created to highlight the important role drones are playing in society.This type of initiative is important to ensure that the two industries can collaborate and grow successfully side by side.

The Race to Digitize the Insurance Industry

FinTech Down, "But Not Out"

The Softer Side of Directing Digital Transformation

Why Digital Transformation Matters in 2023