Systematic Detection Of Drones At Airports

Systematic Detection Of Drones At Airports 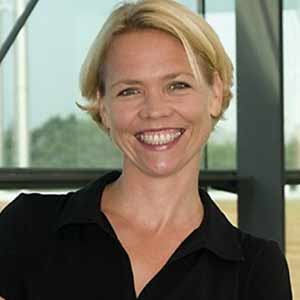 Since Augustof this year, the German air navigationserviceprovider DFShas been conductingdrone tests at Frankfurt and Munich,Germany’s two busiest airports. The objective is to determine whether and how reliably state-of-the-art detection systems can actually identify drones.

The issue of drones operating in controlled airspace and interfering with air traffic has developed into a major problem, especially when theyoperate without authorisation in the vicinity of airports. Since 2015, DFShas recordedover 500 drone-related interferences at Germany’s 16 international airports. Nearly 360 of themhave occurred in the last two years, causing serious disruptions toair traffic and preventing air traffic controllers from allowing aircraft to takeoffor landdue to safety concerns. This resulted in both flight cancellations and delays, which in turn had severe economicconsequences. In early 2020,for example, Germany’s busiest airport in Frankfurt was forcedto shut downfor a total of 4.5 hoursdue todrones beingspotted in the airport’s immediate vicinity. According to estimates of Eurocontrol, the European Organisation for the Safety ofAir Navigation,each flight cancelation incurs average costsof €17,650, whileeach delayed flightincursapproximately €6,600 per hour.

To secure safe integration of unmanned aircraft systems in the airspace, it is essential to identify not only authorised drones, but also so-called uncooperative drones. Uncooperative drones do not make themselves visible or identifiable and pose a major threat to both manned and unmanned air traffic at and around airports.

DFS believesthat unmanned aviation has great benefits. When usedin rescue services, for example, drones can save lives. However, nobody benefits from flightsbeing cancelled or delayed due todrones being spotted around airports.In 2019, the German Ministryof Transport therefore commissionedDFS with systematic drone detection at the country’s16 international airports.One of the requirements defined was for drones tobe detected at up to 10 nautical miles from runways as a way of preventingany risk of interference with aircraft taking off or on their final approach. However, the specific capabilities of thedrone detection technologiescurrently available are not yet clear. As such, DFS was also initially commissioned to determinewhat isactually possible in termsof detecting drones in environments as challengingas major international airports.

Over the past four months, DFS has been working with its partners Fraport AG and Flughafen München GmbH,the operator of Munich Airport,on a test project with a level of detail that has never before been seen.This involves testing drone detection systems fromsix different technology providers at the airports of Frankfurt and Munichfordrones operating both on and within 10 nautical miles of airport grounds.DFS choseMunich and Frankfurt for the testing, as each airport has a different layout, different types and distribution of buildings,as well asdifferent green areas. Following a comprehensive market survey of European suppliers,technology providers were selected using a transparent assessment model.

A range of drone types wasthen operatedday and night. The drones used, which comprised both standard and customisedmodels, ranged from small and agile multirotor systems to larger drones with higher payload, as well as more substantial fixed-wing systems that can reach speeds of up to 90 mph. Challenging flight manoeuvres were carried out, such as rapid ascents to 1,000 feet above ground level, rapid changes of direction and swarm flights, in which drones followed different flight paths.

When detecting drones at airports, the key challenge is that detection systemsoften struggle to differentiate between actual targets and other objects which are not drones. These include moving objects in the vicinity of airports, such as cars, birds or helicopters. Reliablyidentifying drones among other moving elements is a critical and vitalrequirementof anydetection system. After all, false alarms increase the workload for the detection system operator and serve to hinder efficient drone defence activities by law enforcement.

To identify droneseffectively,thesystems are equipped with a variety of sensors. The most important are primary radars, radio frequency detectors and video cameras. Combining the sensors offering the best performance with the most suitable technology in terms of the respectiveairport’s size, layout and operational concept is generally the most promising approach to securing effective drone identification. All data provided by the system then need to be analysed by an intelligent multisensor data fusion engine in order to provide the correct position and corresponding track for each single object.In addition, the detection system should be able to interact with air traffic management systems for both mannedand unmanned aviation. Tower air traffic controllers, for example, would then access data via their controller working position in order to be able to react to possible interference.

The findings from this test project will not only be of fundamental importance for the German Ministryof Transport, which will in turn provide DFS with specificrequirements to establish systematic drone detection at airports, but also be very valuable for the future development of drone detection technologies

How Path To Production Ensures Safety And Soundness On Our Digital...

Bringing People And Technology Together

Reaping What You Sow From Cloud Computing In Variable Industries